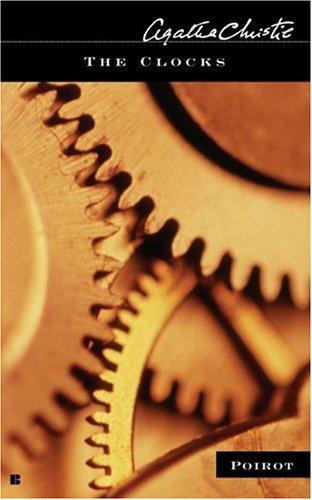 I looked at her. Sheila was my girl—the girl I wanted—and wanted for keeps. But it wasn’t any use having illusions about her.

Of all the Agatha Christie books I have owned, and there have been many, this was the very first one. And after much consideration and deliberation, I decided that this would be the first one of her books that I speak about. And I can say with quite some certainty that this will not be the last.

For all aspiring writers, I will say, this book is a must read. Not for its intriguing plot-line or its fascinating setting, but simply for its unusual, yet exceptional style of narrative. The Clocks was the first book I read that employed ‘partial first-person narration’, and one can clearly see the benefits of both first-person and third-person narrative.

This book also introduced to me the man who is perhaps the second-most famous fictional detective, M. Hercule Poirot. And while there have been many comparisons between him and Sherlock Holmes, I just feel that the warmth and the depth of character Poirot exhibits makes him the more likeable one. But then again, Holmes was always meant to be admired, not liked…

In the reviews that I later read, most seemed to complain about the fact that Poirot hardly features in the book, instead of driving the entire plot. However, considering that he was a retired old man, enjoying, or at least trying to enjoy, the mundanity of his retired life, one should really not be surprised.

Another complaint readers, including my sister, tend to have with Agatha Christie is that she often withholds vital information regarding the case, making it impossible for the reader to deduce the outcome. But hey, life is unfair… Deal with it…

Perhaps the most winning aspect of this book is, apart from the narrator, and the chemistry he shares with other protagonists, the setting of post-war England… The Victorian houses, the Tube, the quintessential coffee and scones, and the scores of war veterans… It just seems like a fascinating time… And when you add to that the looming presence of the Cold War, and palpable tension and paranoia that accompanied it… Très romantique!

Now, I really cannot say much more, without revealing the plot… That is perhaps what happens when one tries to discuss a mystery…

For all those who haven’t read it yet, you can find it here, though this one is not available for free, okay:

That is all for today.

Author of Arrkaya: Origins, now available online... Increasingly being referred to as The Writer Guy... View all posts by Yashas Mahajan